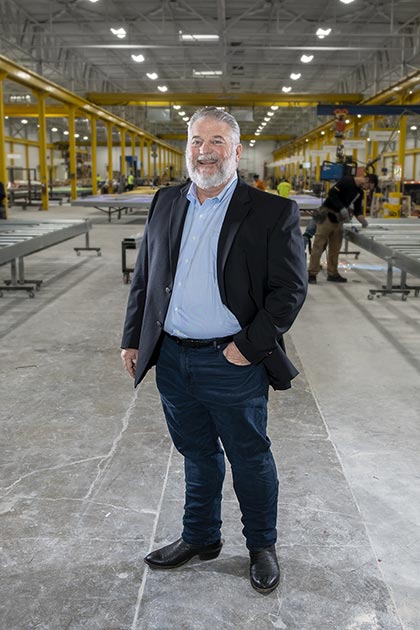 As President of the San Antonio division of BakerTriangle, Mike Sireno leads the growth efforts within the South Texas market.  Mike entered the drywall business in 1982 as a carpenter apprentice and has held the role as foreman, estimator and project manager before joining BakerTriangle in 1997.  Mike worked his way up in the Houston office and became President of the San Antonio division in 2004.

Mike has been married to Kari for 33 years and has a daughter, Abbey, and a son, Jacob and four grandchildren.

Mike enjoys hunting fishing and golf, but his latest passion (besides drywall of course) is making beer.  Mike has been an avid home brewer for 20 years. You will find him working on developing new recipes or brewing for his brewpub on the weekends. In 2020, he officially opened Dos Sirenos Brewing in San Antonio.