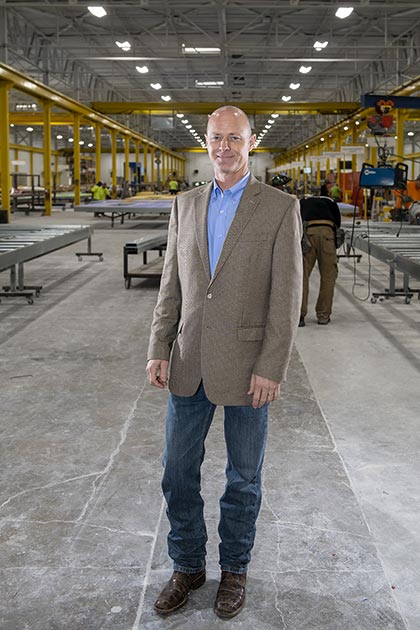 As the President of BakerTriangle Prefab, Keith Giddens believes there is a better way to construct buildings through technology, innovation, and prefabrication. Keith began his journey with Baker Drywall in 1995 as a Drywall Mechanic and has held multiple positions in the company such as Foreman, Estimator, Project Manager, Vice President, and Director of Virtual Design & Construction. Keith holds BakerTriangle’s first patent for a rasp he designed which is used to level EPS boards on prefabricated exterior wall panels.

Keith has been married to Brigitte for 32 years. They have two children, Mackenzie and Jackson, and three grandchildren, Brooklyn, Zoe, and Hunter.