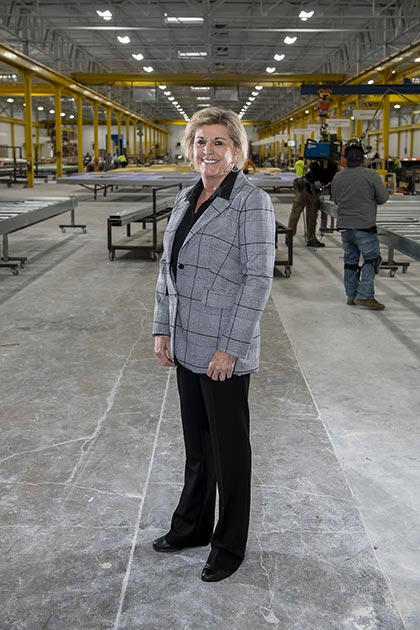 Debbie holds the role of Chief Operating Officer for the BakerTriangle family. She started her career in 1979 and has held many roles, including office manager, project manager/estimator and Vice President of Operations. Debbie has held the critical role of COO since 2014. Her efforts in leading the division’s staff and mentoring office and field personnel has been such a pivotal function to the success of the company.

Debbie has served on the board for the Mesquite Credit Union for 6 years, helping the bank make crucial decisions as they have looked to expand and grow within the D/FW marketplace. In 2006, Debbie received the coveted Magnolia Award from ABC, which recognizes outstanding women in construction who demonstrate excellence in their job performance commitment to education and growing others, and demonstrate leadership in promoting a positive image for their company and the construction industry as a whole.

When Debbie is not at the office, she enjoys spending time with family and helping others, as there always seems to be a side project needing attention at and around the office!