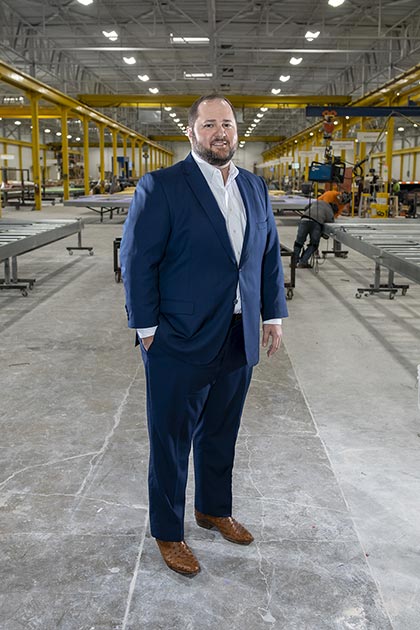 Bryan is a proud 3rd generation contractor that started his young career working summers in middle school on ranch projects building barns, mending fences, and driving t-posts in the Bosque County area dirt. In high school Bryan spent summers working at the Dallas location warehouse helping with inventory and material handling. Bryan graduated from The University of Oklahoma in 2004 with a BBA degree and started his career at Baker soon after, starting as an estimator/project manager in the Dallas office location. Bryan was promoted to lead the Fort Worth division in 2008 and helped grow that office and location until he became CEO in 2017.

Bryan’s involvement in the industry started at TEXO’s Young Constructors Council (YCC) group where he was a member from 2006-2009. Soon after, Bryan became involved nationally with the Acoustical Walls and Ceilings Industry (AWCI) by becoming a Membership Marketing committee member and is now a key stakeholder in the Industry Forward committee, which is a group that has been put in charge of moving our great industry forward as we see more change in recent years than we have in the past few decades combined.

Bryan has been happily married to his sidekick Hilary for 13 years (even though she is a Baylor Bear!).  Bryan is the proud father of two sons, Luke and Hudson.

Bryan’s passion lies in the great outdoors – specifically focused on hunting, conservation, and land management. He has a strong affinity for the Val Verde area, where the landscape is rugged and the rivers cut some incredibly beautiful landscape through some of Texas’ most wild and rugged land.  Bryan is an active member of the Texas Parks and Wildlife Stewards of the Wild program in the D/FW area